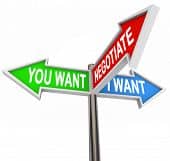 Last month there was a great article published in the Harvard Business Review Blog Network titled ‘Empathetic Negotiation Saved My Company’.
The article explores a business agreement between an Indian supplier and a European trading company (who had no previous dealings) that could have had disastrous implications in terms of customer relationships and industry credibility, not to mention a sizeable financial loss for both parties if not for the CQ of one of the trading company managers.
The supplier miscalculated their costs and increased the price by 40% higher than originally quoted to the trading company.  The European trading company’s response was anger and panic while the suppliers’ response was embarrassment and avoidance. The initial situation was one of reaction rather than response.  (See our August newsletter)
What was at stake here?

Some of the CQ characteristics that were demonstrated in this case study were:

Some of the questions to ask in a situation such as this are:
Why would the supplier have reneged on this deal?  The answer will promote an exploration and understanding of the other party’s motivations.
How can both parties work collaboratively together to create a viable strategy that will allow them to compromise, while still maintaining integrity and values?  The answer to this question creates a dialogue and strategy to move forward.
What are the suppliers’ constraints?  What are some strategies that will serve to alleviate their constraints and help them to deliver on their original quote?  This question ensures that there will be a desired outcome for both parties.
When working across borders the approach and manner in which problems are addressed or not addressed are culturally determined.   For example high context and shame-based cultures will deal with conflict in a completely different manner to a low context, guilt-based culture.  An individualist culture will have a preference for blaming individuals and tackling the situation head on which merely seeks to damage relationships and compromise any chance of disclosure and collaboration.
Flexibility, empathy, humility, value on relationships and seeking to understand the motivations of others are reflected as positive behaviours in all cultures.  Loss of temper, anger, avoidance and intimidation are road-blocks that only create cross-cultural misunderstandings and potential monetary losses.
I urge you to read the HBR article and discover the outcome that CQ afforded these companies…