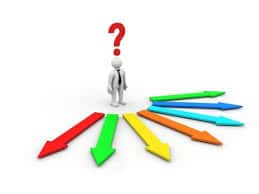 Spend 10 minutes doing an Internet search for information around Chinese or Indian expatriates and your searches will respond with Western expatriates living in China and India. While there are a lot studies and statistics around the experiences of European, American and North American expats, there is very little around the experiences of Asian expatriates who find themselves in countries such as the UK or the U.S. They are out there. As emerging economies expand their organisations globally the number of Asian expats are growing and will continue to do so.
As a Cross Cultural Coach I have worked with expatriate leaders from manufacturing, food and beverage, to finance and banking industries, whose overseas experiences are varied. My clients have included Australians, Americans, English, Malaysians, Indians, Chinese, Dutch and Germans for the most part. I work with individuals who are either embarking on their expatriate postings or are already secured in their postings. I gain a privileged insight into the highlights and lowlights that they and their families face and observe first hand the benefits of cross-cultural training.
I am always astounded at the lack of support organisations offer expats and their families in terms of their cultural training and overall preparation support, from pre-departure through to re-entry to their home countries. It would seem that this aspect of corporate expatriate life is an area that continues to be undervalued, regardless of the many studies that consistently demonstrate that a lack of cultural awareness training and cultural intelligence are key drivers for expatriate success.
In the past 12 months I have worked with Indian, Thai and Chinese expatriates who are living and working in Europe and America. I know, as do they, that their experiences and conditions do not parallel Western expatriates.
Here are a variety of considerations that my clients have had to ‘weigh up’ when taking expat positions in Western countries. Apart from the challenges that you would expect all expats go through, such as communication and language difficulties, different leadership and managements styles etc. there are some unique contrasts that Asian expats face.
Firstly, unlike in the West where living and working in an Asia country is usually viewed as a positive career move, for a Chinese Executive taking a posting in another country it can sometimes be perceived as an unappealing option that is not that dissimilar to a demotion. Professional networks and trusted relationships are an important part of the Asian business landscape. These large networks are highly valuable, particularly in terms of promotions and ‘getting things done’ and let’s not forget that they are established over a long period of time. Stepping out of the country for an extended period can compromise these networks and relationships and require time to re-establish old networks and establish new ones upon return. The traditional Western ‘expat package’ includes schooling, housing, flights home etc, this is not always included in an Indian or Chinese expat contract. Families frequently remain in the home country, which not surprisingly makes for a lonely, unbalanced personal life. There is also the divide between respect and status. In hierarchical cultures such as Thailand and China holding the position of an executive commands a high level of respect and honour within both business and community settings. In Western cultures, that are generally more equality based, the attitude ‘you are just like everyone else’ prevails. Interestingly, I have had some Western expats who have revealed that on re-entry to their home countries this aspect has taken some readjustment for them.
We can expect to continue to see the growth in Asian expatriates as organisations based in emerging economies continue to expand into Western countries. If we look at how poorly a large proportion of organisations have traditionally ‘managed’ the cultural intelligence training of their expatriates, I am concerned for the new ‘breed’ of Asian expatriates that are coming through the ranks and see their needs and concerns as vastly different to those of their Western counterparts.